The new fourth edition mooring equipment guidelines (MEG4) was issued in July 2018 by the Oil Companies International Marine Forum (OCIMF). Maybe you have not implemented MEG4 yet and it will be relevant for your company!

These new OCIMF guidelines are a new test methods and rope management recommendations to changes in the design of the terminals and ships use of mooring lines. Which has resulted in a reduction of serious incidents on board terminals and ships.

The new mooring equipment guidelines focuses on the safety of terminal and ship personnel. MEG4 supersedes MEG3. It is primarily the chemical industry sectors, gas carriers, conventional tankers and terminals which can benefit from this update.

This 4th edition has been updated with new chapters and key changes which include: 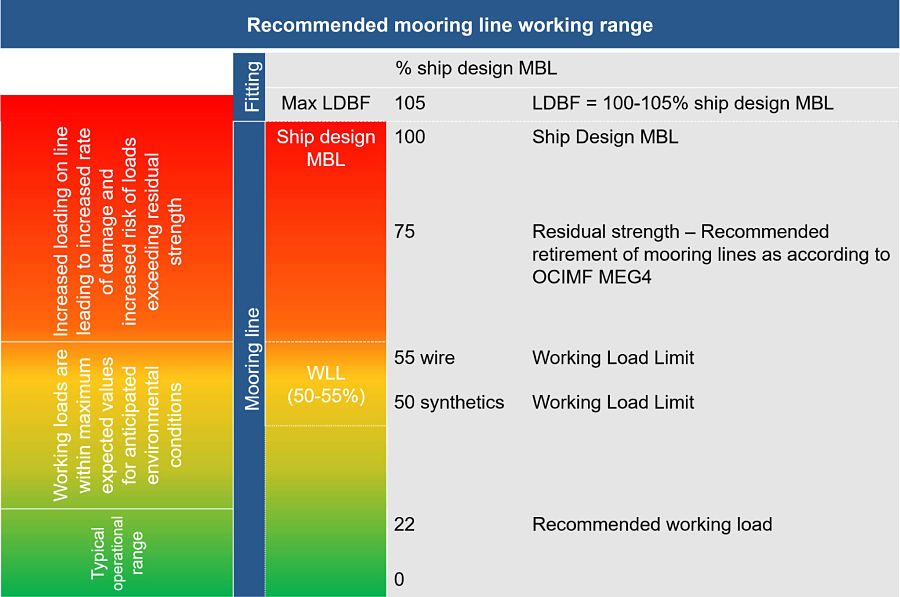 The minimum breaking load of new dry mooring lines, for ships are designed to meet OCIMF standard environmental criteria restraint requirements. The ship design MBL is the core parameter against which all the other components of a ship’s mooring system are sized and designed with defined tolerances.

LDBF is the minimum force that a new dry spliced mooring line will break at when tested according to appendix B. This is for all mooring line and tail materials except those manufactured from nylon which is tested wet and spliced. The values are declared by the manufacturer on each line’s mooring line certificate. See after appendix B on the manufacturer’s line data sheet. As outlined in appendix B, when selecting lines, the LDBF of a line shall be 100% – 105% of the ship design MBL.

The LDBF for nylon (polyamide) mooring lines should be specified as break tested wet because nylon lines change strength characteristics once exposed to water and generally do not fully dry to their original construction state.

The maximum load of mooring line should be subjected to in operational service, calculated from the standard environmental criteria. The WLL is expressed as a percentage of ship design MBL and should be used as a limiting value in both ship design and operational mooring analyses. During operation, the WLL should not be exceeded.

LMP is used to manage the operation and retirement of mooring lines and tails. The LMP also documents the requirements, assumptions and evaluation methods used in determining the line retirement criteria.

MSMP will complement the ship’s safety management system. Which through a goal-based approach, core elements of the mooring system are identified, high level goals are established supported by more detailed functional requirements. A register of the mooring system components is maintained for the ship’s life in an accompanying Mooring System Management Plan Register (MSMPR). 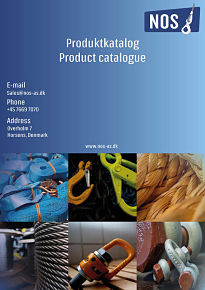 Advertisement cookies are used to provide visitors with relevant ads and marketing campaigns. These cookies track visitors across websites and collect information to provide customized ads.

Statistics cookies are used to collect information, so that we can understand how visitors interact with the website. These cookies help provide information about measurements of the number of visitors, bounce rate, traffic source, etc.